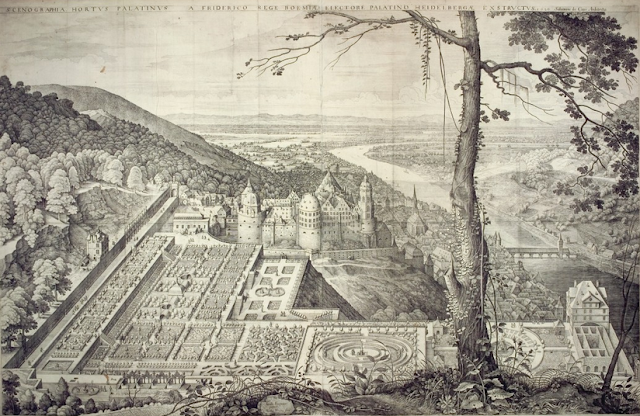 Hortus Palatinus - designed and built outside Heidelberg by Salomon de Caus, a French Huguenot refugee to the English Court, for Frederick V and his wife Elizabeth Stuart, daughter of James 1, this unbelievable garden took five years alone for the massive construction to be carved out of the hillside between the years of 1614 and 1619. It is no wonder that it became known as the '8th Wonder of the World.'
It had robotic birds that sang and hedges cut to represent mythical creatures. Even the paths had symbolic patterns that are thought by some to hold symbols of the Rosicrucian's.
Salomon was a scientist, a genius from the stable of Leonardo da Vinci, maker of fountains, sun dials, greenhouses and grottoes.
For more details and links about  the Hortus Palatinus and for more extraordinary garden history do go to the blog of the garden history girl from whom I am learning so much. 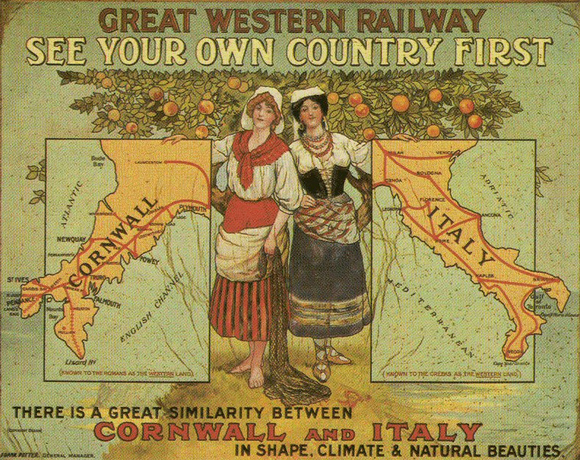 The Great Western Railway's poster, made by Arthur Gunn in 1907.
Cornwall - Known to the Romans as The Western Lands.