Whenever I'm in London I often go to The Chelsea Physic Garden. It is a hidden paradise, to rest, refresh, recuperate. 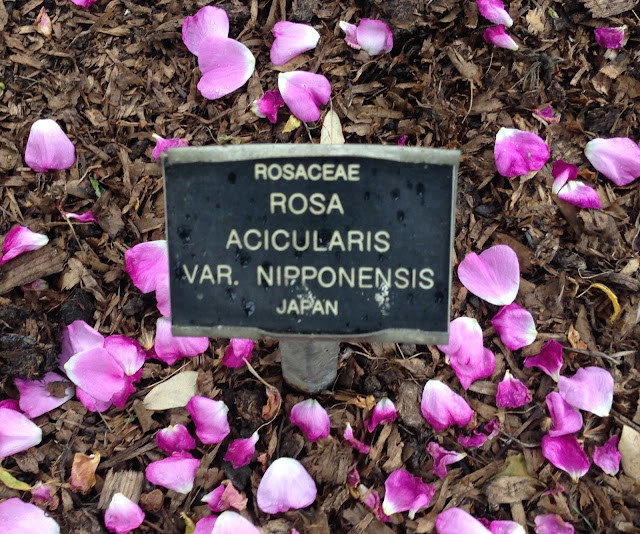 Well, my daughter and I did bring back a lot of plants from Chelsea needless to say. She has a very neglected area on the roof of her rented house just waiting to be turned into a lovely garden retreat. 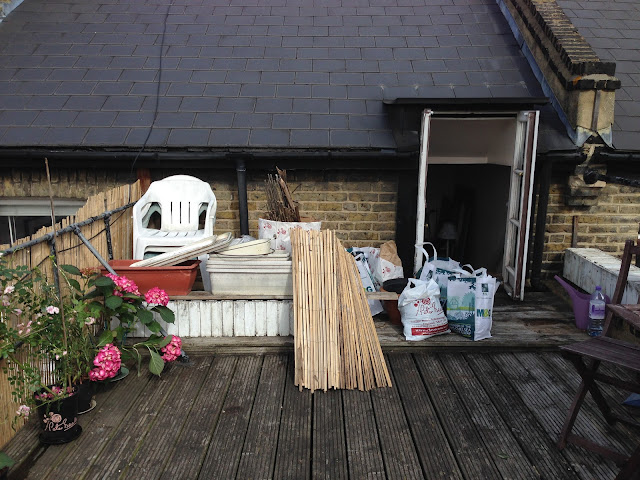 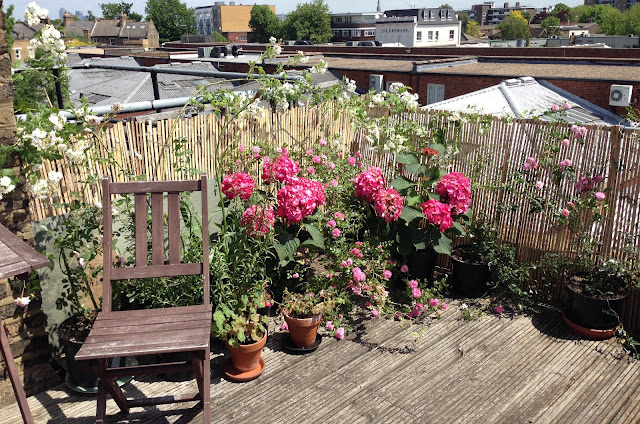 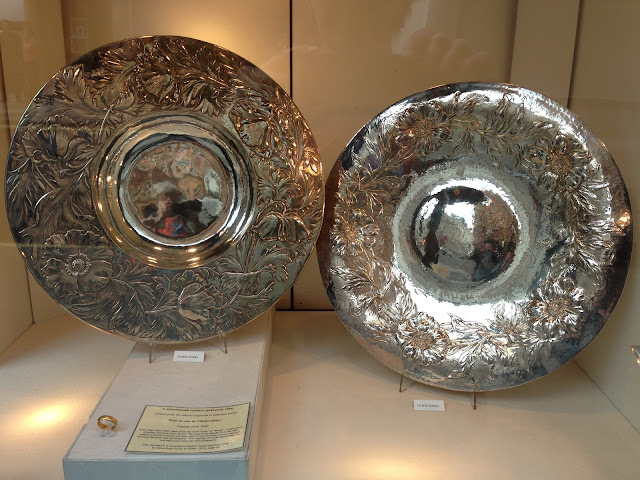 Silver dishes by Gilbert Leigh Marks - one of the most remarkable exponents of floral silver chasing.
An aide-mémoire for papier-mâché, gesso and silver leaf. 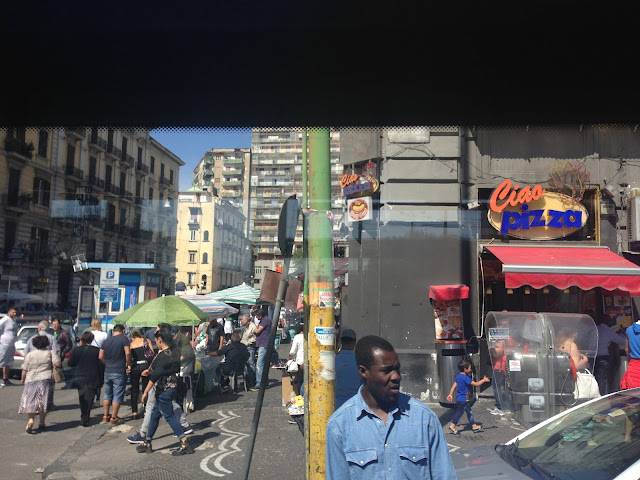 We arrive in Naples hell's kitchen and melting pot for refugees and migrants from everywhere. 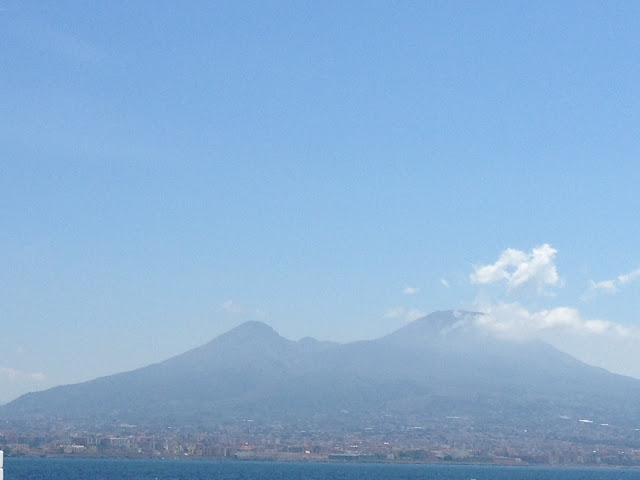 And take the ferry to Capri. My spiritual home. 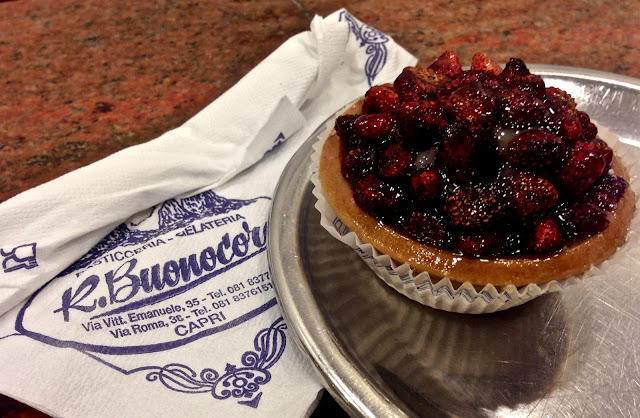 First stop as always is Buonocore for espresso and wild strawberry tartlet. Fuel for the journey. 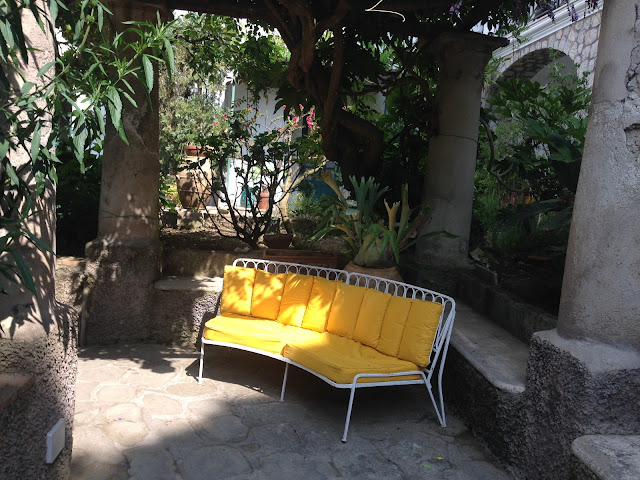 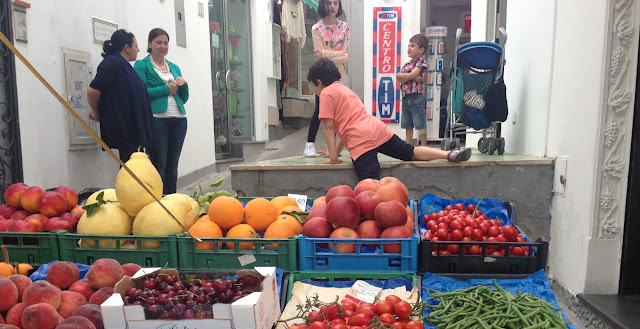 Time to buy fruit to take on our walk and our first adventure. 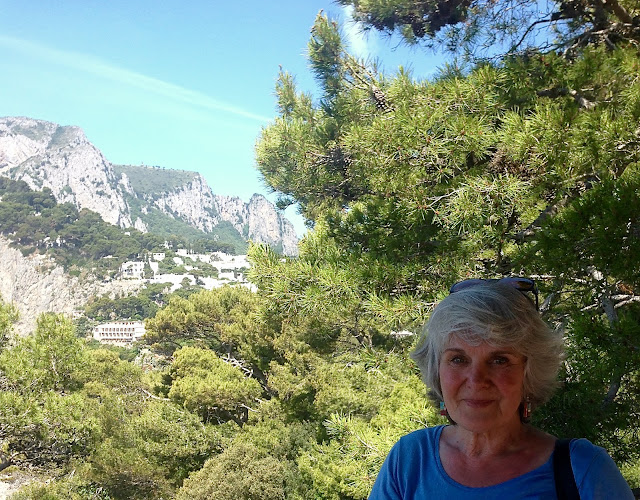 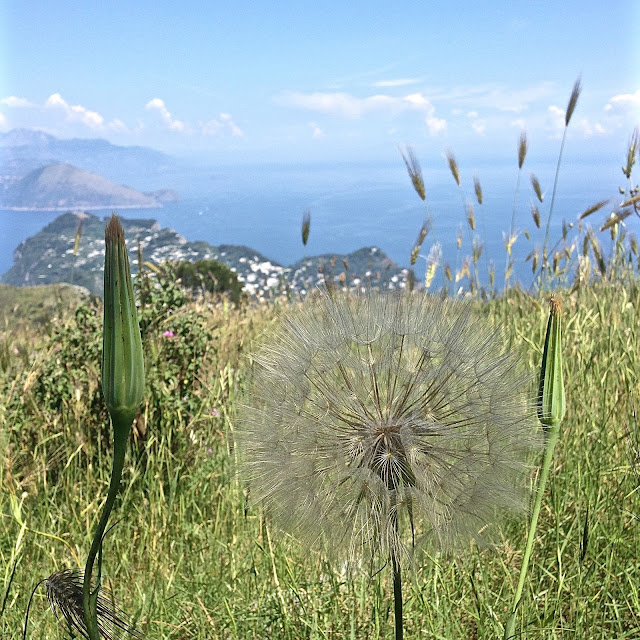 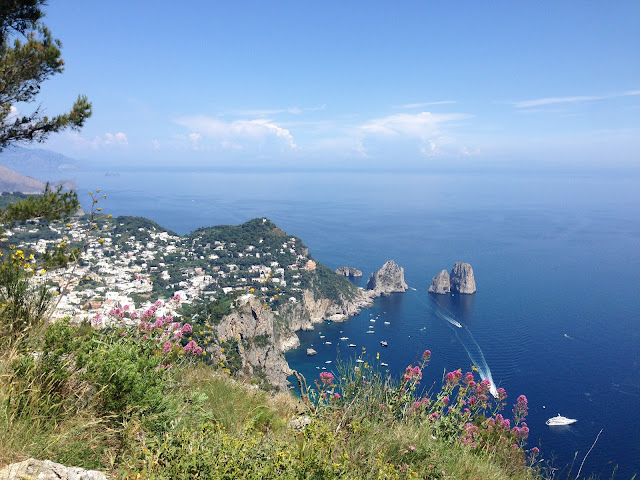 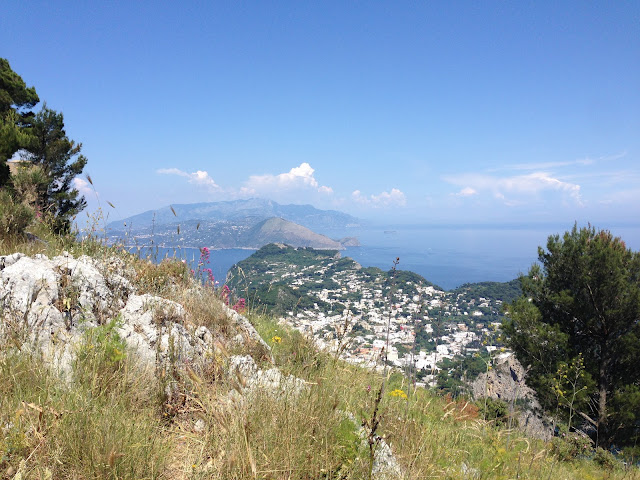 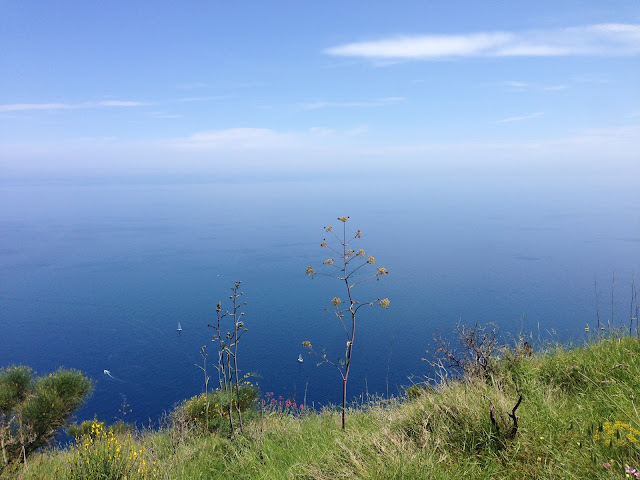 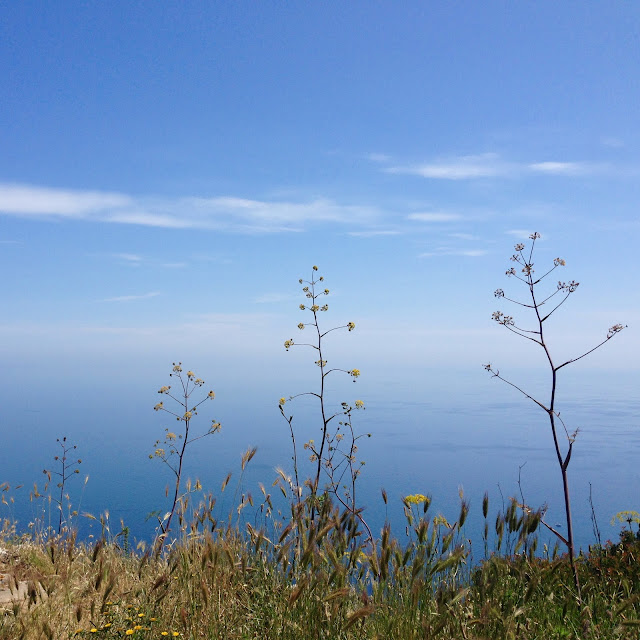 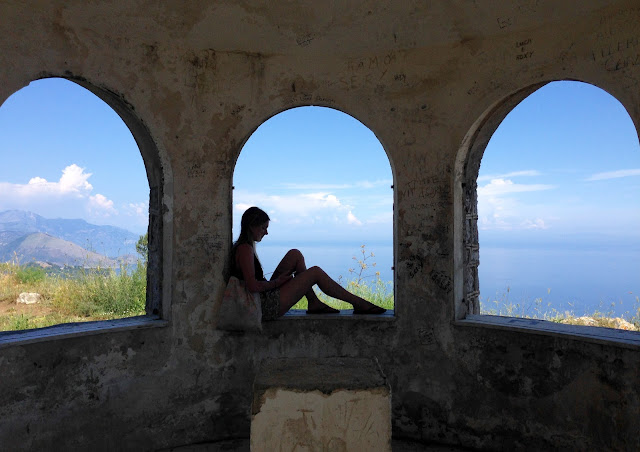 April - My time in my studio at Seale Hayne in South Devon came to a natural end simply because I  needed much more space to work in. I am no stranger to change, in fact I really like it and actively seek it. I like the challenges it throws up and the new things learnt.

I moved temporarily into what really felt like a cross between a cattle market and an industrial block in an Eastern European country in the 1950's. Of course I exaggerate.
It was an experience, the reality was - a dawn chorus of early morning expletives, large white vans randomly parked in front of the front door, torn rubbish sacks ravaged by ravenous seagulls, fly tipping, heavy metal music reverberating around the unit. It was open plan. And numerous burst pipes, flooding and a leaking roof in rainy weather. However I continued to work, imagining myself in a little studio overlooking the sea from via Tragara on Capri. It is amazing what a healthy imagination can achieve. I may even have a photograph or two. All in a days work. 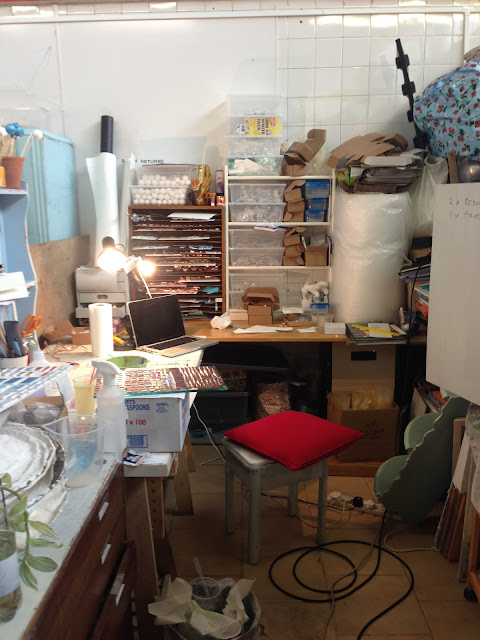 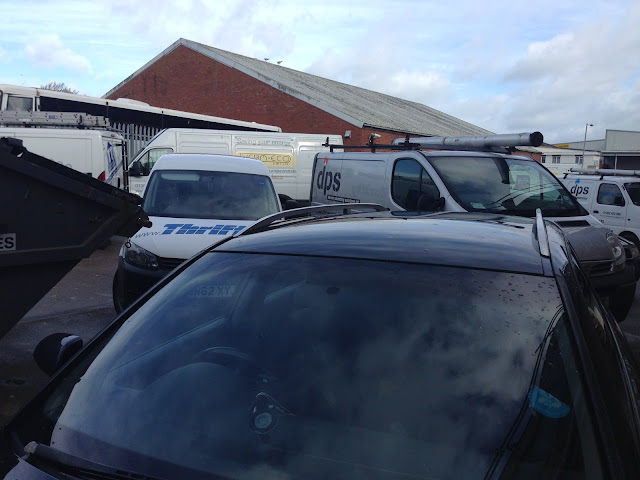 May - To London to see my daughter, who is getting the gardening bug and hence we are both going to Chelsea Flower Show and marvel at reconstructions of old fashioned artisans gardens. 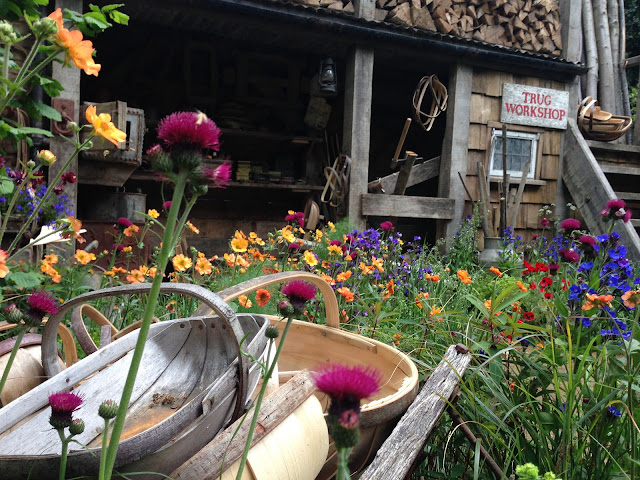 and a Gold for a huge installation of Tyvek paper flowers - rather up my street. 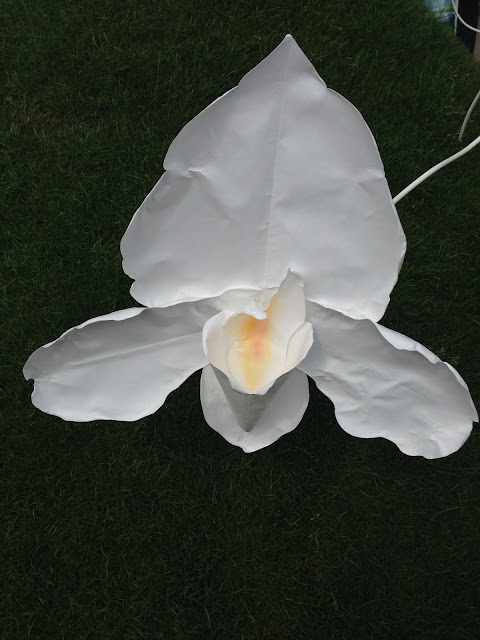 and to see the wonderful Bearded Irises.

and those of Cedric Morris, now rescued from obscurity and returning to Chelsea after an absence of over 60 years.

We went on Saturday - thats the last day when most exhibits are sold off to the public. Much excitement is displayed and even more ingenuity is required as one inevitably buys far to much for the boot of the car! 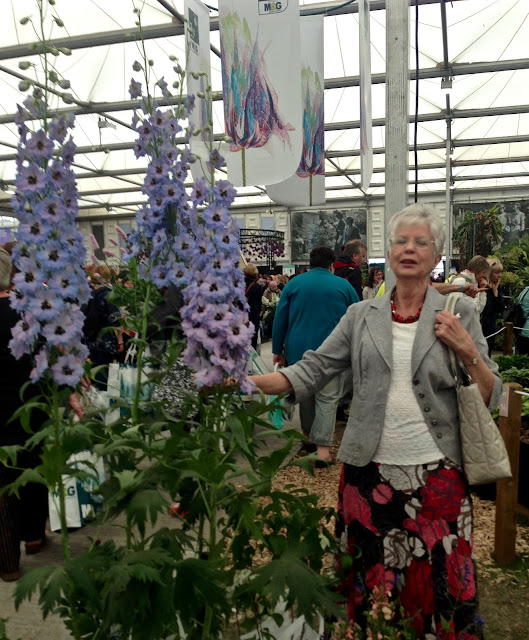 And then there are the Chelsea Pensioners in whose garden the whole show takes place every year. 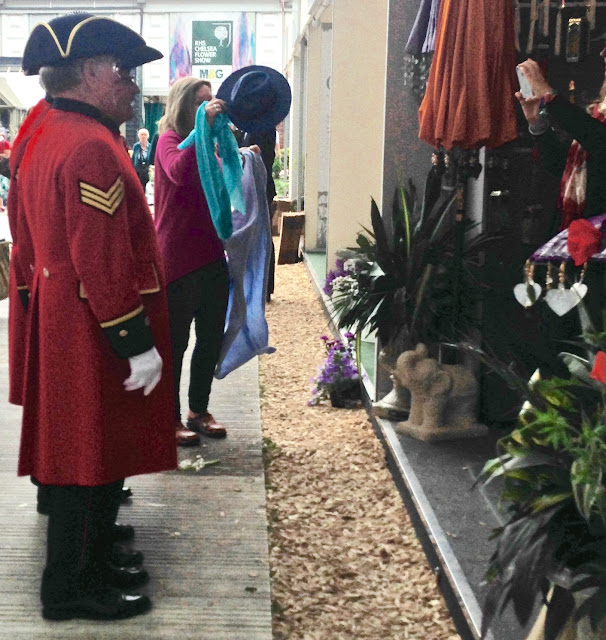 I also went on a little foray to Hammersmith where William Morris used to live. 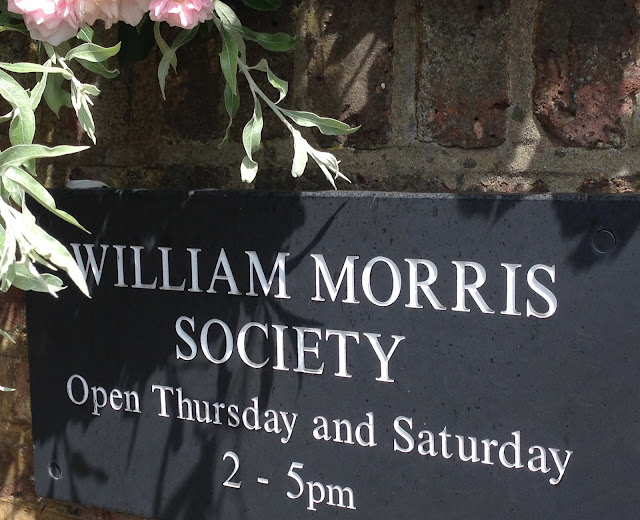 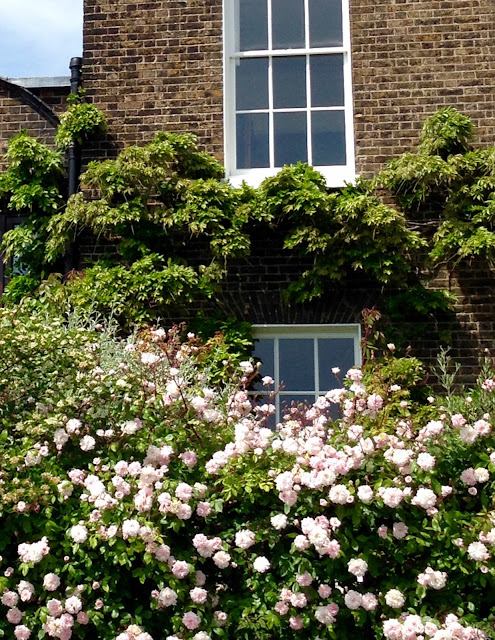 The home of the Dove Press was also here down by the river. Thomas James Cobden Sanderson, along with engraver Emery Walker, established the Doves Press in London at the turn of the 20th century. Commissioned in 1899 by Cobden-Sanderson and Walker, punch-cutter Edward Prince’s single-sized 16 pt type, used in all of the press’s publications, was a key element of the Press’s influence on modern book design. Without doubt my favourite typeface, so I was fascinated by this story of one mans passion - Robert Green - and his remarkable recovery of enough type to re-establish it - remarkable story - http://www.typespec.co.uk/doves-type/ 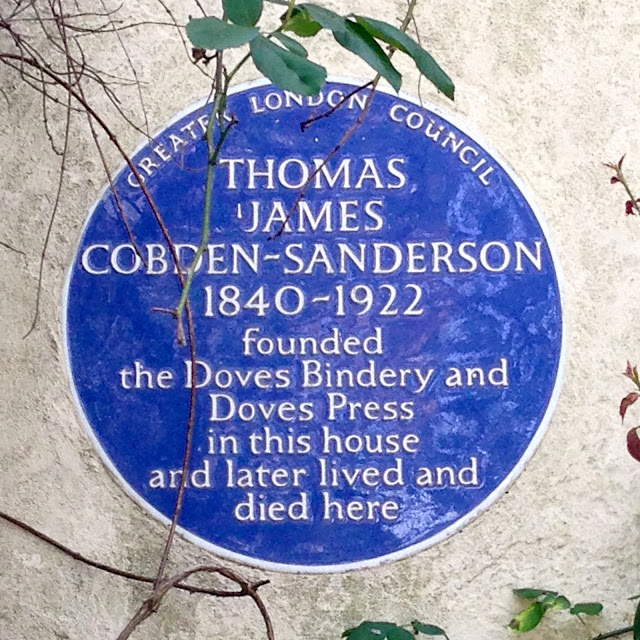 A great little pub here too - overlooking the place where the type was originally abandoned and rediscovered. 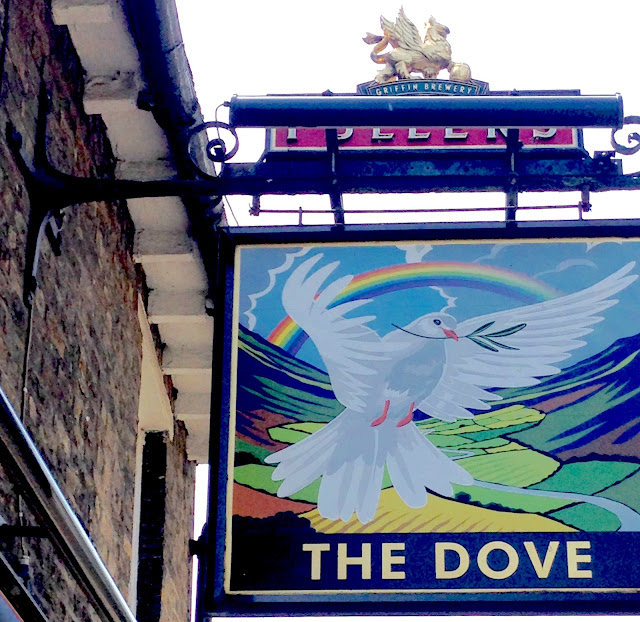 Also I have to share this lovely tribute to enduring love - a very rare commodity. 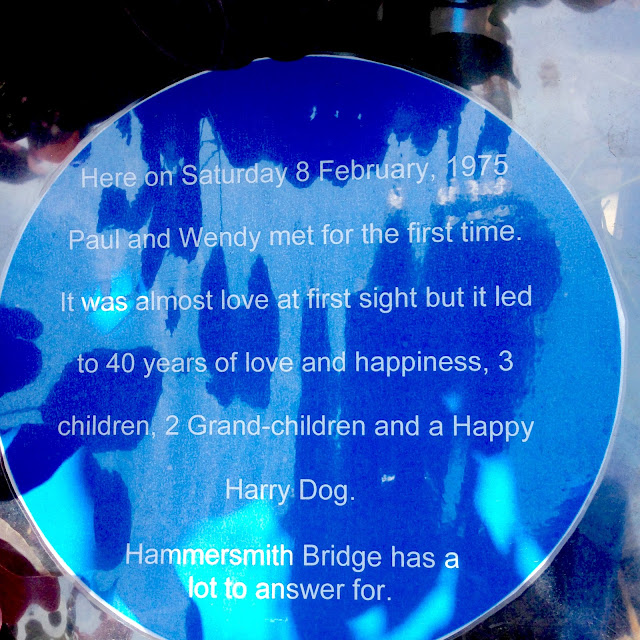