My first experience of Topsham was last July when I found a really good space to use a a studio. This has served me very well but now that I also have a lovely place to call home right in the conservation area and Spring is almost here, I'm longing to be at home and to work from home for some of the time too. I also now have a small walled courtyard garden that needs some care which I shall delight in giving as it also promises to be a place to work in when the sun is shining. Thinking about seating and what to plant on shady walls. There is already a water supply, a light and an electricity supply.

Early morning walks with Bella along the estuary as the mist clears and the sun is climbing into the sky. A new friend had very generously offered me the use of her greenhouse to raise seedlings and bring on plants and a raised bed to grow what ever I like in. Salad crops perhaps. I can't stop thinking about hollyhocks for the courtyard garden as it is very traditional in the Georgian period sense which is when it was built. Once upon a time there has been a heated greenhouse along the sunny side - the chimney still stands. Now there is a wooden pergola and black grape vine. Roses and clematis are next plus a seat by the kitchen window for passers by and water for dogs. Also hanging basket and general abundance. I will be able to work and look out of my window as people walk by. 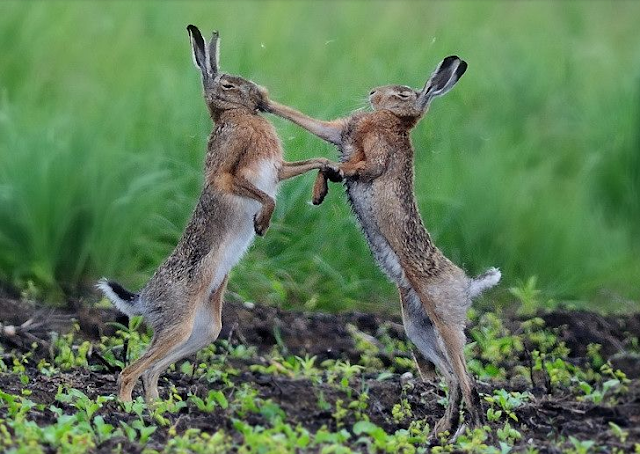 And back in Dartington, I still have my allotment. I have downsized to one as opposed to two. I felt at least 90 when I was ill this past winter and almost gave them up entirely. I can't. I have been doing battle with myself - common sense over passion - passion has won once again. And I love the place too much and it's a half done project. Still needs a shed and really when one has a shed of ones own what else is there to say? So I shall allow myself one half day a week over there. The rest of the time I shall be painting and making jewellery. Exploring the work of C Fluente with whom I loosely resonate with. 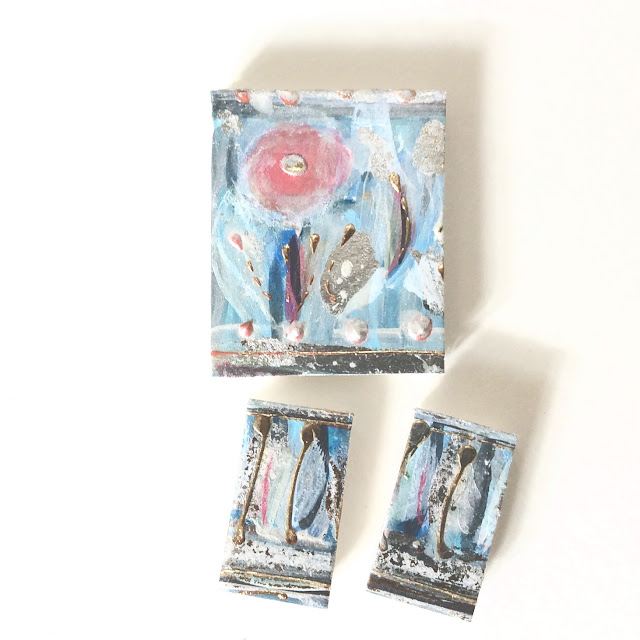 I am trying to cheer myself up today - feeling rather grey - even blue would be better but grey is grey. So I thought that I would share this lovely page from John Sandoe's Bookshop. My favourite bookshop.

We are on three floors of three adjoining – and small – eighteenth century shops, with gorgeous window boxes spilling down from the first floor. Books are crammed in everywhere, piled on tables and even on the stairs. No surface escapes its burden, except a few chairs and window seats. The somewhat old-fashioned and picturesque appearance is finely balanced with 21st century digital technology.
As well as regular local customers and visitors from abroad, we have a loyal clientele in the United Kingdom and around the world who receive our quarterly lists of recommended new titles. (See Browse Catalogues) We also have lively programme of events – talks by authors and book launches. (See Events) We have 5 full-time and 4 part-time staff to serve our customers. Orders may be placed by telephone or email, or via the website. We will try to find any book, even if out of print.
CUCKOO PRESS

Every year since 1995 the Cuckoo Press, on behalf of John Sandoe Books, publishes a short work, usually in paperback, to be given away to customers in the run-up to Christmas. These are mostly short stories but have also included first chapters of novels, collections of poetry, memoirs and even photographs of icebergs.
A number have been produced by staff members (including John de Falbe, who set up the Cuckoo Press, Marzena Pogorzaly and Stewart Grimshaw) and we have had several contributions by writers who are also customers. We are proud to be able to name as contributors (in no particular order) Javier Marias, Dame Muriel Spark, Philip Hensher, William Boyd, Juliet Nicolson, Salley Vickers, Adam Thorpe, David Abbott, Julian Mitchell, Arabella Boxer, Richard Bassett and Edna O’Brien.
This year’s Cuckoo Press publication is ‘Monsieur Ka’ by Vesna Goldworthy, whose recent novel ‘Gorsky’ has been enjoyed by many.

We are often asked what happened at 10-11 Blacklands Terrace before John Sandoe’s arrival. According to Dirk Bogarde, no 10 was ‘a seedy little tobacconist’ before the war. The shop was said by John to have been occupied during the war by ‘a man who sold antiquities to Popes and people in those big hats’ – although why Popes and people in huge, flaunting bonnets should have congregated in Blacklands Terrace in those days sadly remains a mystery. Downstairs was ‘a poodle parlour’, the charmingly named Chloe of Chelsea, and upstairs (our paperback room) was a secretarial agency. No 11 was a dress shop: our stock room still had the mirror on the wall until 2014. Soon after the war, Tom and Ros Chatto took over the groundfloor of no 10 as a secondhand bookshop. The Chattos’ neighbour at no 12 was a vet, Anthony O’Neill. He looked after Churchill’s dogs, and he was there until 2013.
John Sandoe opened the shop on November 11th, 1957. His intention, which remains a fair description of what we still try to do, was to offer his selection of the best current books and to obtain any other books he might be asked for. His grandmother was shocked because he did not have blinds to pull down over the windows on Sundays. From the outset, he had a colleague, Felicité Gwynn, who was Elizabeth David’s sister. Felicité was remembered for many years for her contempt of those she regarded as fools as well as her formative influence on their reading. ‘She loved selling books and was liable to throw them at people on occasion in exasperation,’ said John. ‘But they would apologise to her, not her to them.’ She left in 1984.
John died in 2007, but he had retired from the bookshop because of ill health in 1989, selling it to Stewart Grimshaw, and to John (‘Seán’) Wyse Jackson and Johnny de Falbe, who had worked for John since 1979 and 1986 respectively. Seán left in 2003 to return to Ireland, four years after Dan Fenton had become a partner (he began working for Sandoe’s in 1992). Dan left in 2015.
In 2013 the venerable Mr O’Neill retired from the vet next door and we were able to acquire the lease. With careful planning we were able to remain open throughout the eighteen months that it took to gut and renovate the entire premises, rolling the three units into a single shop. Although the floor space is in fact only increased by about one third, the shop feels spacious and light. Nevertheless, we are told that the atmosphere has not changed, and that Verlyn Klinkenborg’s glorious description of 2010 remains true:
“In a sense, John Sandoe Books Ltd looks like it belongs somewhere else in London, though perhaps not any actual London. There’s something uplifting and phosphorescent about the place, its windows and staircases crammed with books, one genre fading into the next, the occasional sense that the shelving here has been done by free association. .. the books at John Sandoe seem to belong to an extensive cousinage, a kinship of ink. It’s one of the few bookshops I’ve ever visited that made me feel I’d be happy reading any book on its shelves…. John Sandoe Books…made me feel discerning and capacious as a reader. But it did something even stranger. It made me proud to be a writer. If I lived in London, I could have a bad day at work—sentences eroding, paragraphs falling apart, word after word evading my memory—and it would all be made better by a short walk among the titles at John Sandoe Books, where only a short walk is ever possible. The books would look up at me and smile, knowingly.”
We have about 28,000 books here, of which about 27,500 are single copies.
We would like to thank James Campbell for his kind permission to use his artwork on this website.
Our thanks too to Ilya Levantis for his help in building the site.

The absolute love of books which this shop engenders is hugely joyous.

Sandoes… is short of space and therefore must stock discriminately, but the tabletop of new and recent books offers the best browse in London.

My favourite bookshop is John Sandoe… [where] you can say: “What’s this book like?” and they will tell you, either because they’ve read it, or they know somebody who has.

John Sandoes is, and always will be, THE best bookshop in London.

The best bookshop in London … is the divine John Sandoe

If I ask for something in particular, the staff here will always find it for me. It is still the best bookshop in the world and has books that no-one else has.

John Sandoe …is a bookworm’s dream… the perfect bookshop in which to browse, where staff delight in making intelligent recommendations based on books you have read and enjoyed.