Tweet
Follow my blog with Bloglovin
My cover image is one that I have enhanced on iphoto. I took the original photograph in Pompeii. It was a detail from a fresco of a hunting scene - very very beautiful but naturally dull and faded after all its eventful history.

I wanted to take it back to how it might  have looked when new. An impossible venture really - perhaps - but instead it just became more and more interesting as I heightened the colours, added contrast and definition. And what is more, it became very much in-line with what I try to create in my own work - erosion, cracks, shifts of light and colours - all conveying a sense of history and telling a story.
Then I rotated the image to make the deer appear to be leaping over a precipice and throwing all caution to the winds to escape her hunter. I think that many of us can resonate with that. She escapes, she is a survivor and she is here today to inspire us all. I am very, very fond of her. 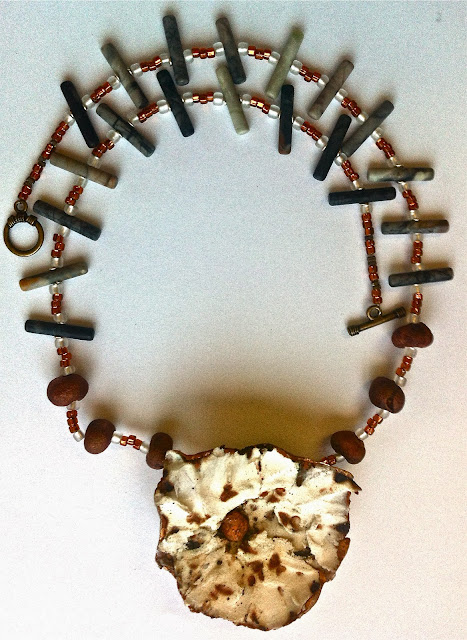 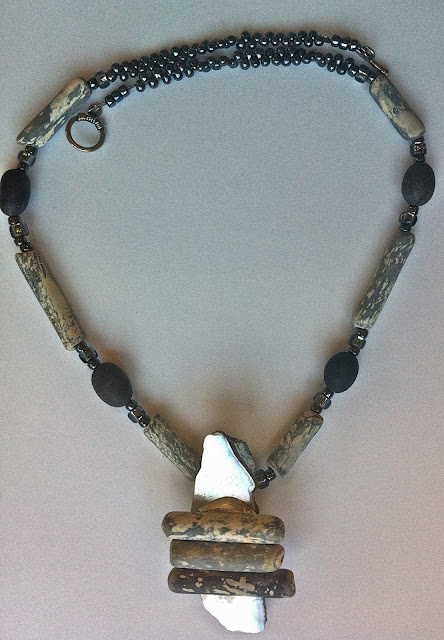 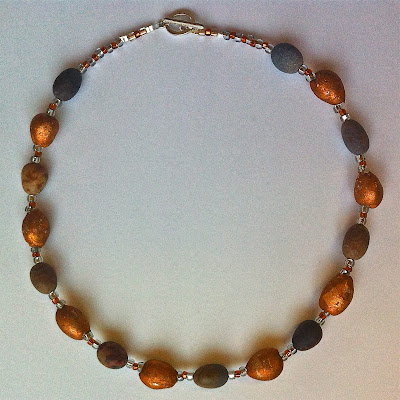 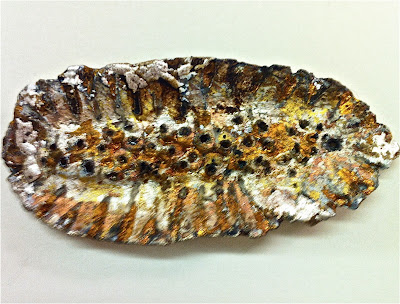 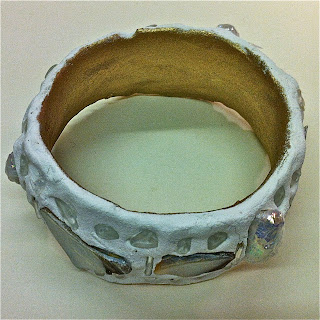 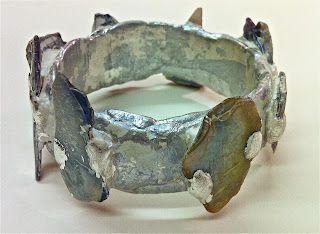 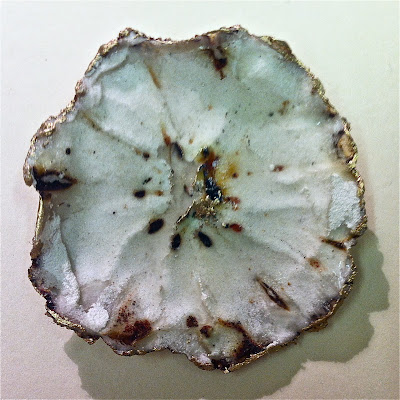 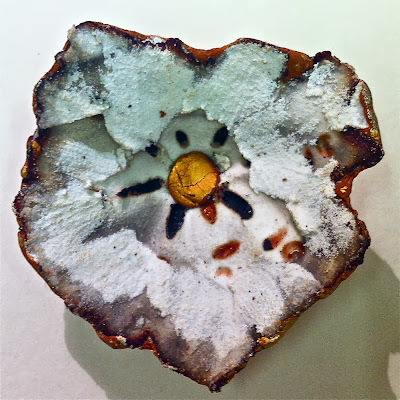 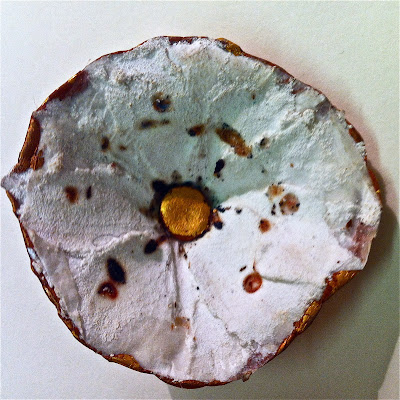 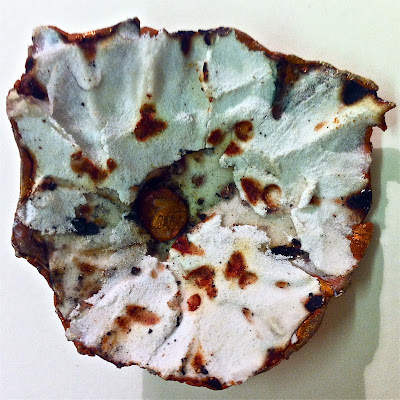 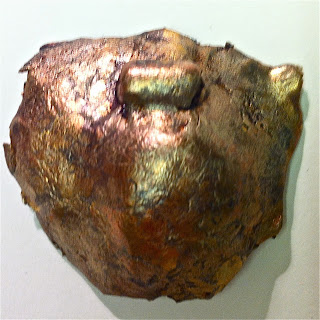 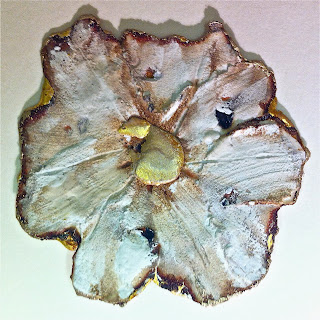 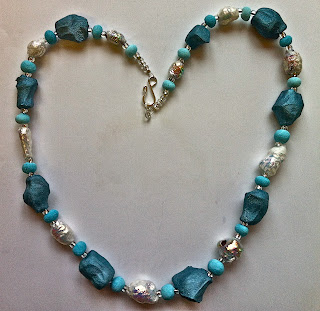 part 2 - Building up stock - tray of impressions made from a poppy seed head and base of a fir-cone, using Siligum and air dried papier mache. Painting bottlebrush impression with sepia ink. Adding more acrylic gold size and metal leaf.

part 6 - Tyvek and iridescent beads made with the aid of a heat gun. Update on squeezed beads, poppy head, little end of fir-cone base earrings and squashed beer cap impressions.

A little diversion - Beach-combing in Salcombe - a collection of found bits and bobs to use in the future.

Treasures from the River Thames - finds from beach-combing at low tide.

Back in the studio in Devon

part 14a - some more ideas on making paper 'flowers' - made from tissue paper and p.v.a glue/water mix, air dried papier mache clay, modroc - curved ones with petals, formed on the top of an old light bulb or inflated balloon. 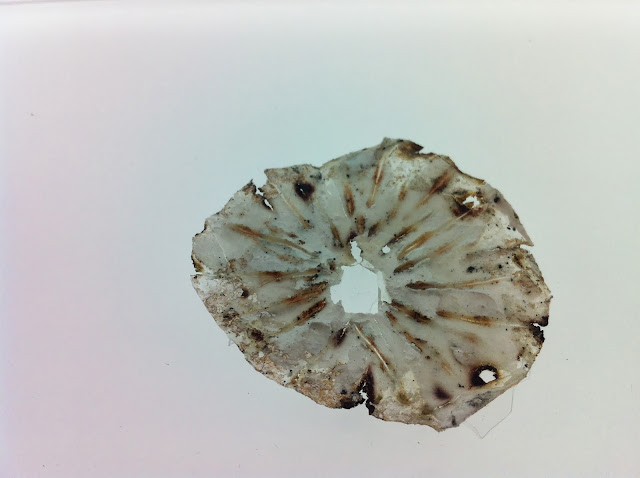 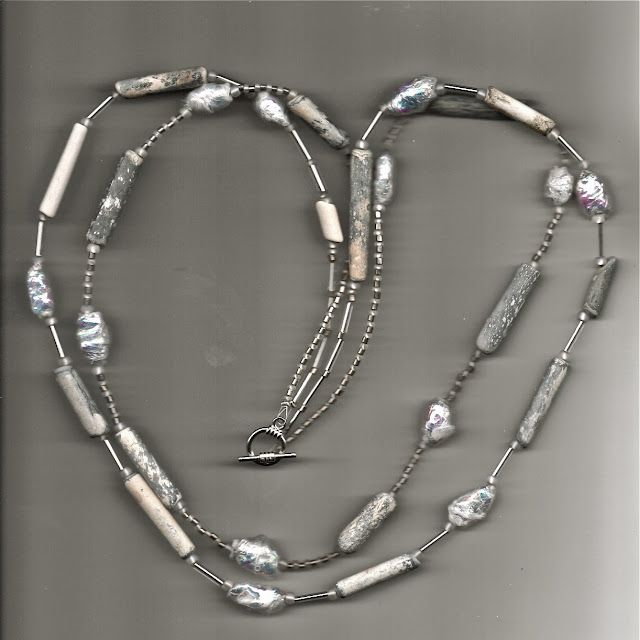 Part 16a - A more indepth tutorial on making iridescent or fantasy film beads for jewellery. NB - These processes must be done with excellent ventilation. Work outside or with a good through draft - open windows and doors, use a fan to move the air away from you. 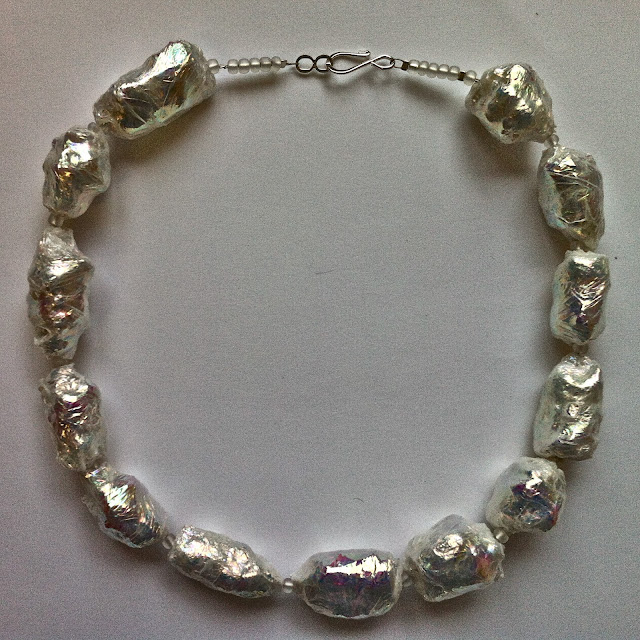 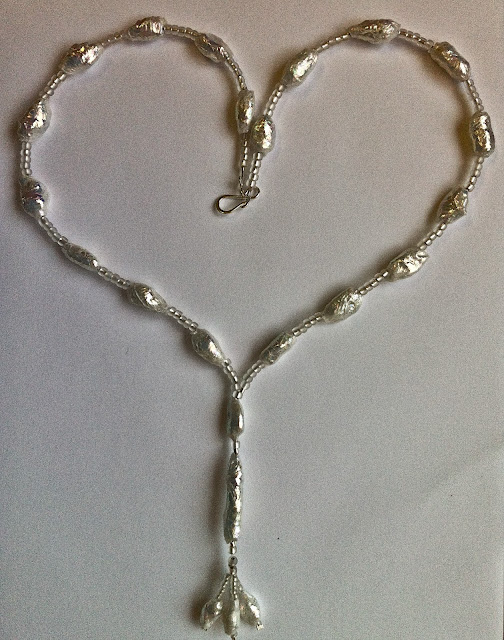 Part 16c - Adding some colour variations to the iridescent tissue with acrylic inks, water colour and a black acrylic paint with glittery bits in it.

Posted by Hilary Bravo at Monday, September 03, 2012 No comments: