I've revived old interests of mine - spinning and crocheting and have slipped briefly down Memory Lane. Many years ago I began to teach myself how to spin by collecting wool from hawthorn hedges where sheep had passed by, leaving wisps and chunks caught on twigs and thorns and barbed wire fences.

A little later, my husband met an extraordinary woman called Ruth Ash, who immediately became like a guardian angel to us. She simply took us
under her wing, making her home a home from home. Ruth was the daughter of Dorothy and Leonard Elmhirst, the founders and pioneers of Dartington Hall in Devon and of so very many ground breaking ventures and initiatives. Ruth taught us about the different types of sheep and the differing qualities of their fleeces. 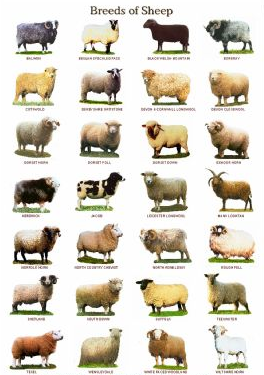 She taught us how to spin, introduced us to The Wool Marketing Board and how to choose the finest fleeces, how to sort, wash, card and spin. There was a wool sorting and grading regional centre at Buckfast where we could go and select shearling fleeces. 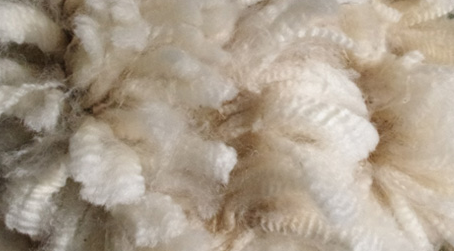 The fleeces from shearling lambs are the first shearing and as such are the softest. 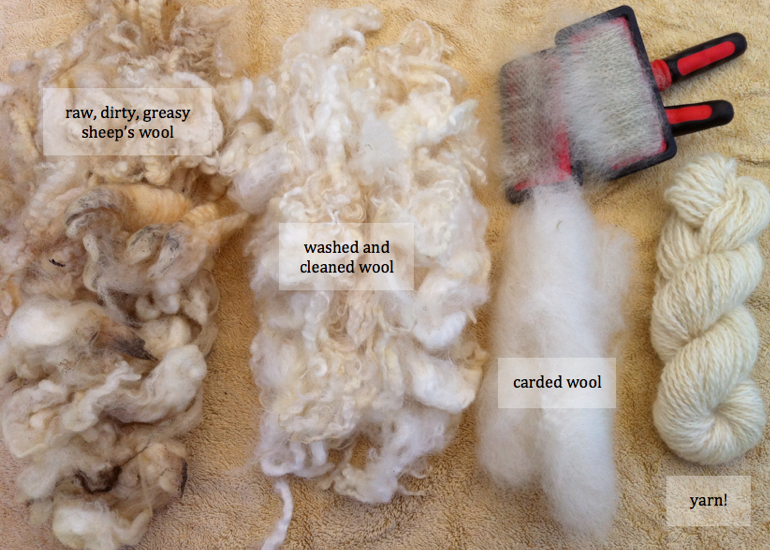 Depending on the underlying geology of their grazing, the fleeces could be tinged with the colour of the soil. In this part of Devon the soil is predominantly clay and therefore fleeces can be heavily tinged with deep pink so careful washing is essential. Shearlings tend to be cleaner. 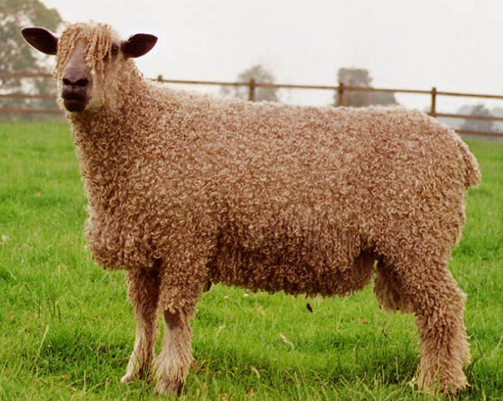 Ruth gave me my first commission for a jumper that I hand spun on a wooden spindle and we loved all the more for all its irregularities and bumps. 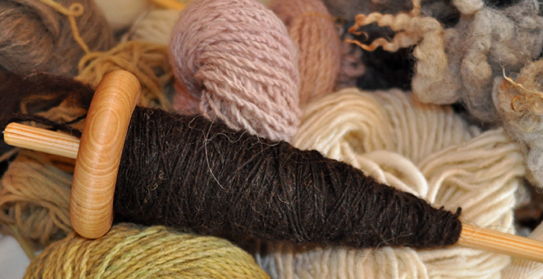 Next, we bought an Ashford, a flat pack spinning wheel and set to work. It was the 1970's and we 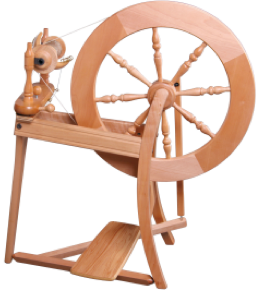 were in the midst of yet another revival of the Arts and Crafts movement. We returned to nature, grinding wheat, making bread, keeping goats and chickens, making butter, yogurt and cheese. Spinning, dyeing and weaving fitted in there too. I've now had a break from all things woolly for thirty years, now time to return, albeit, part time. It's October, season of mists and firesides and I've have been invited to join a group that meet once a week, gathering together in a lovely old rambling Arts and Crafts country house, set on a wooded hillside, looking out over Dartmoor, sharing stories and ideas. 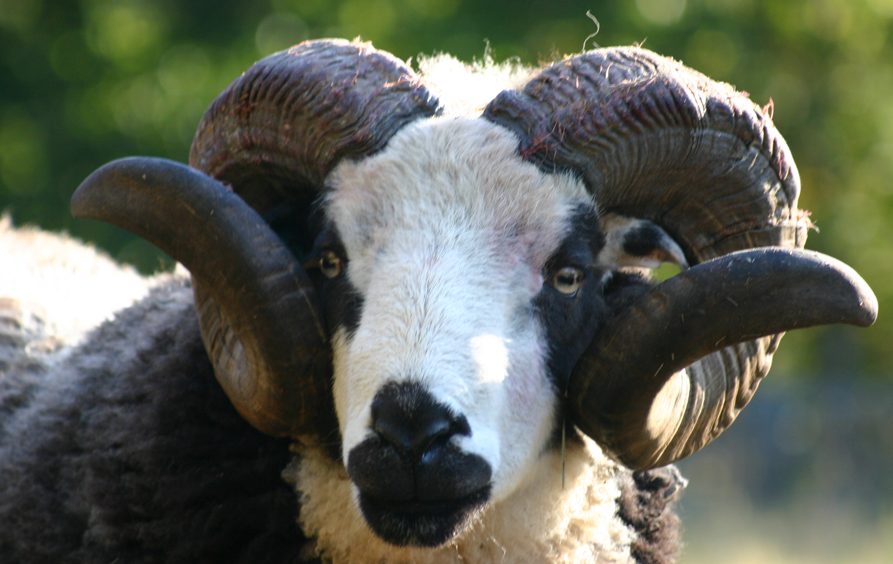 I do like Jacobs sheep for their quirky nature variety of colour and the fact that one can blend and spin lots of different shades, before the yarn is immersed in the dye bath. Vegetable dyeing was also an adventure and through which I met another remarkable woman, believe it or not, called Anne Dyer. Isn't it curious how even nowadays people's names so often reflect their occupation? I have googled her and her work continues at Westhope College.
These are the adventurous types, the types of people who founded empires and incidentally, another Leonard - you can infer much from the following text - "Anne’s grandfather, Leonard Swinnerton Dyer, built Westhope Manor. His sister Evelyn Martin had been married to an elderly friend of her father, but the marriage barely survived the honeymoon up the Amazon. He returned to India and she took over the cottage, extending it to her taste. There is an idealized portrait of her in the Library. She was reputed to be short, fat and fierce. When Evelyn bought the first car in South Shropshire, she found the old road too rough and steep for cars, where it rose up the side of the valley to Hillend, so she commanded the Council to build a new road from the white bridge to the turn before the manor, and they obeyed." Anne Dyer, I recall had a similar energy and aptitude for living life her own way. 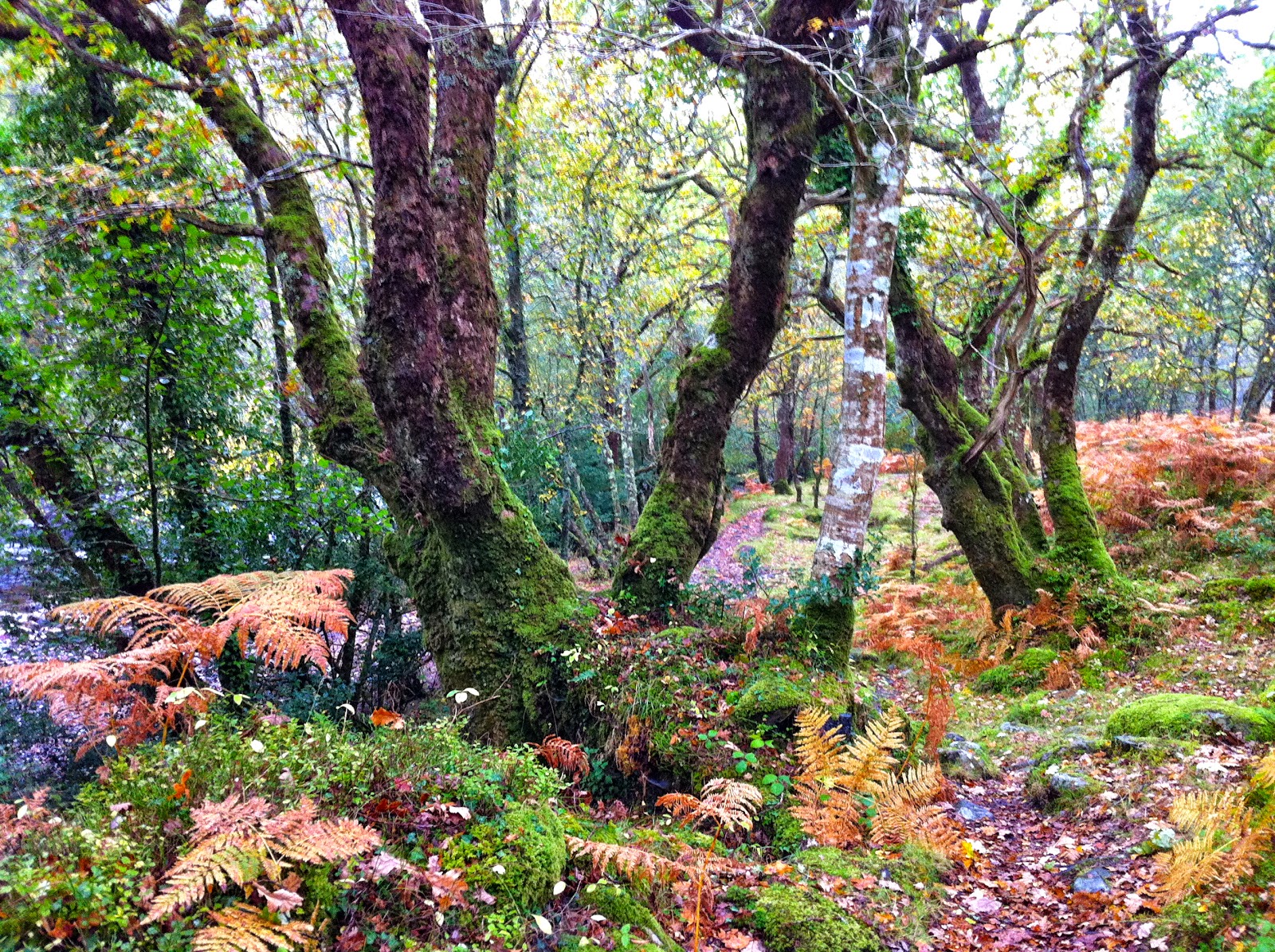 I've been walking on Dartmoor every day as is my way at this time of the year and I'm sure you can see why from the colours above. To which must be added the smells and sounds of leaves crunching under foot, the river in full spate after nights of storms as it tumbles over river boulders on it's way to the sea, little birds singing all around but most of all the deep, deep peace that pervades and surrounds. These colours are so similar to the colours that Anne would tease out of the piles of vegetation that she would steep and boil to extract their alchemical magic to transform plain fleece
into beautifully coloured fleece, ready to card, spin

and knit. She had been carefully and very methodically conducting her own experiments and keeping a very precise track of the results. She showed us her samples, all tied into her record books going back over the years, noting down the weather conditions, the time of day as well as the dates, the phase of the moon and whether it was used fresh or dried. She collected vegetation from around the lanes and her estate and from her walled kitchen garden. Her book 'Dyes From Natural Sources' is available from Amazon
At present I'm unable to trace any images for her work however I've found a lovely blog that follows along similar paths though I see no traces of the phases of the moon. It is called an impartation of color

Importantly and of no surprise for gardeners and herbalists, Anne proves time and time again that the strongest colours are to obtained from plants that are picked during the full moon, at mid day and from the south side of the hedge or field. I was so enthusiastic and wanted to try out everything connected to spinning and dyeing and progressed to merino lambs wool, cashmere and silk. I found 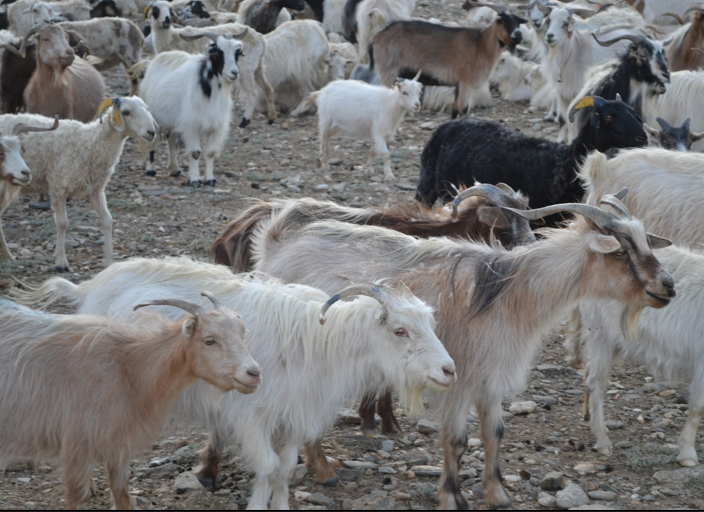 that I particularly liked to contrast tussah silk noils, for their rich texture and natural deep gold colour and matte effect with more lustrous silks. 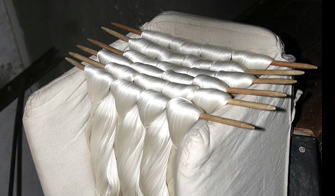 I eventually developed a little cottage industry of my own. I called it Elizabeth Acton, Elizabeth, my second name, my daughters name and my mothers name although she was known as Betty and Acton after my mother Betty Acton and Eliza Acton, cookery writer and poet, another remarkable woman. My husband at the time, although an artist and musician found spinning to be relaxing and was so much more careful and consistent. For a time he would happily spin whilst I designed. We started our first mail order with hand drawn designs in sepia ink on honey coloured heavy paper. Very 1970's. It worked well and we advertised in The Countryman and Country Living We had a sustainable living for a while but demand out stripped supply. However, it was my  husbands hand spun wool that turned our fortunes around. He also made beautiful buttons for the waistcoats from carefully sawn, drilled and polished old square oak pegs, that had once held the beams in timber framed buildings together. 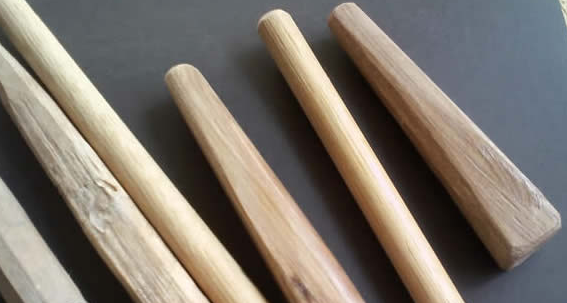 After I'd dyed the yarn and designed the jumpers, I soon found that we had to start buying in yarn as we grew and progressed to the Russell Dye System that meant that I could create literally hundreds of subtlety varying colours and shades. 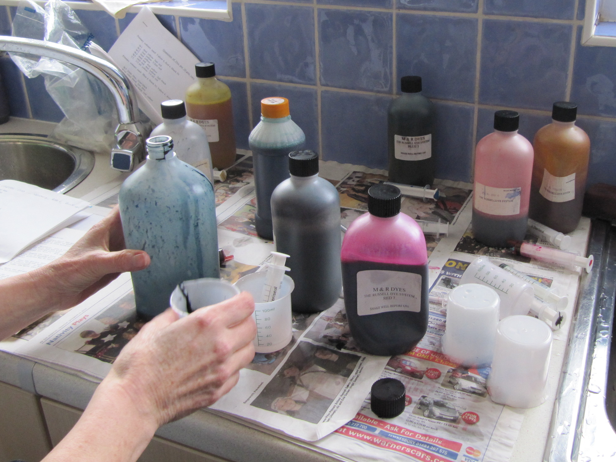 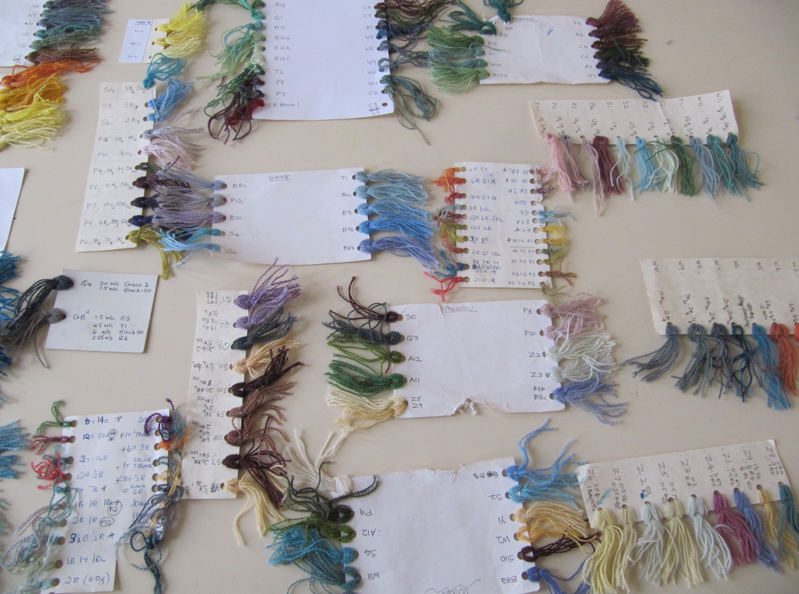 I had designs were for four buttoned waistcoats, knitted using the colours of each of the four seasons. I've tried to find something similar to post here via google but alas cannot -

My designs were blurred as if seen in early morning mist as I wanted to avoid the deliberate breaks in the patterns and more impressionistic with colours. They were displayed in The Cider Press Centre at Dartington in Devon, where we sold our work. David Cantor who started Cranks at Dartington saw them and next thing I knew they were in Heal's in London. David had a Cranks cafe there too. Then an American lady called Ann Sterling saw them and send me a telegram saying that if I wanted to sell to the States to ring her. We were living at the time in a converted granary over the stable block in a courtyard at Walcot Hall

It was mid winter and we had been snowed in for days but on the day I left Shropshire for London to meet Ann, the sun had come out long enough to melt the snow and hoar frost sufficiently for me to be able to crank up my old Morris Minor Traveler, slip and slide down the mile long drive and head off over the hills to Shrewsbury station where I changed out of wellies, thick socks, trousers and sheepskin coat into something more elegant. I stuffed my country clothes into a bag and into the boot of my car and thawed out with a cup of British Rail station cafe tea and a stale bun. Those where the days. I love train journeys and that was a very beautiful and memorable one as the trees and hedges were transformed by the delicate tracery of the frost that had been building up layer by magical layer for days. 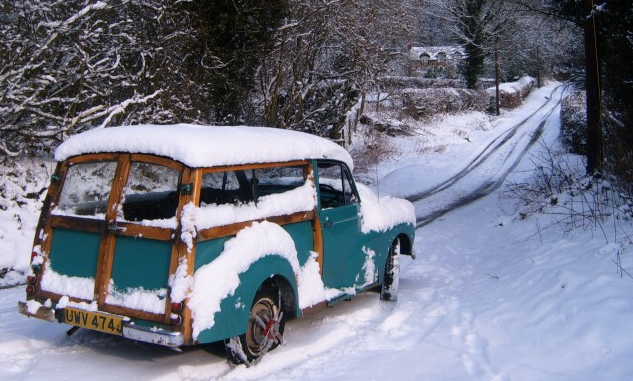 I always feel as if I'm going home somehow when I go to London. I took a black taxi to Mayfair and my world turned upon it's axis. The door to Ann's apartment was opened by her maid, the hall beyond glowed red, the floor being carpeted in deep crimson and with crimson silk lining the walls and ceiling, the experience felt rather womb like. Reminds me of the Met in N.Y, also displaying an abundance of crimson silk. 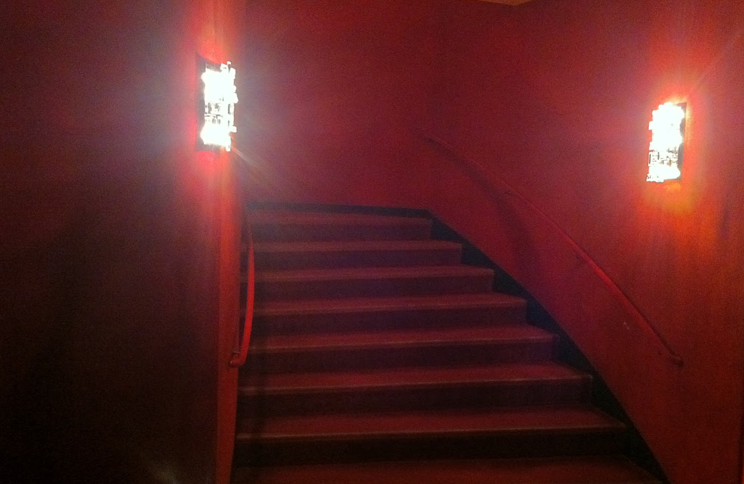 I passed original Old Masters and  little paintings by the French Impressionists in distressed gilded frames as I followed her maid up the stairs to her drawing room. This room had a distressed elegance, recalling the English country house style, somewhat faded and a little French so very chic. We actually got on like a house on fire as she shared her plans and wishes. We went on little shopping expeditions to Ralph Lauren and the like. She would have bought me anything too, she was very kind and generous. I declined, the memories of my life in the Shropshire Hills and the fact that there were virtually no opportunities to dress up there, fresh in my mind. Her modus operandi was to go Paris and Milan to the major fashion shows, where she saw the shapes and colours that were going to be on trend and told us, her little group of selected, independent designers what they were, usually about four or five of each.  That was all the information we got and then we went our separate ways and brainstormed according to our various muses. The results were all very different and of course, all on trend. We then had our samples made up and sent post haste to The Plaza in New York where she held her own fashion shows. Orders would then start coming in from Neiman Marcus, Saks, Henri Bendel and very exclusive boutiques on Rodeo Drive and in Japan. Publicity was in Women's Wear Daily so even more orders came in. I had orders from Nancy Reagan and American TV companes. Ann paid us all very well as she promoted our work as Wearable Art which in turn meant that I could pay my out workers - over forty of them at least twenty times what they were used to receiving.  Ann was by all accounts a three times married millionaire and the daughter of a self made millionaire. Her father had been an immigré who had arrived in New York as an orphaned child and made his livelihood shining shoes on the streets. The stuff of American dreams and legends.