Tweet
Preparing for Winter - preening on the River Exe. 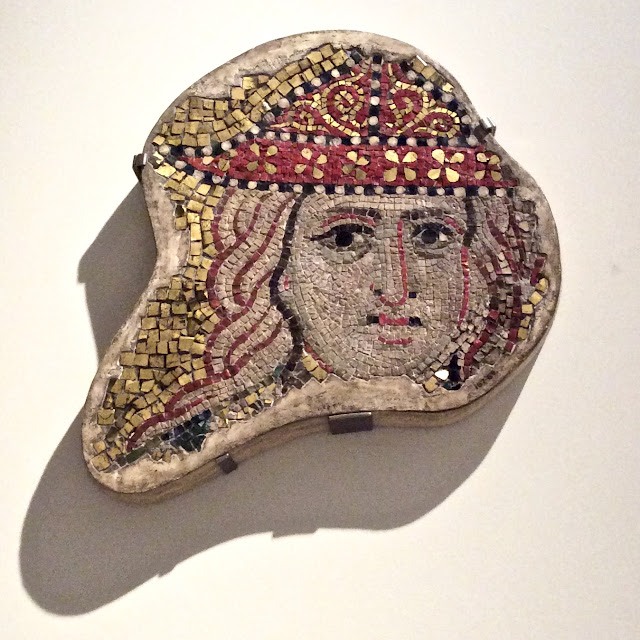 To the V&A - my first stop on arrival on a very rainy day in London. My train arrives at Paddington so getting to the V&A on such a day means that I need not get wet at all if I am prepared to descend into the underground and then along tunnels to enter my haven.
This is a mishmash of entries as shortly after arriving in London I inadvertently became host to one of this season's viruses. Oh, how I could live without it. I have a collection of photos to edit but have run out of time as now it is the season of Christmas catch up and making sure that galleries are stocked with jewellery.

I am reconnecting to my days, long ago, when I worked with clay - porcelain to be exact. Over the years, I have followed the thread of my imagination using many different mediums and it feels a little like coming home to be handling earthenware and porcelain clays once more. 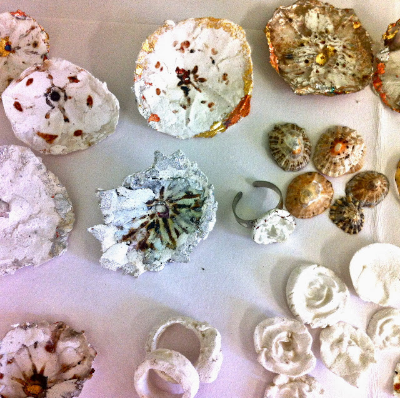 I discovered a small pottery group quite by chance last summer when I was putting leaflets out in neighbouring villages for my Open Studio. I was invited to go along and see for myself - well, it reminded me of working in one of those rather lovely old ram-shackled studios - the sort of place you might have been lucky enough to have found a degree course being run in the 1960's in the U.K. Except we were all just that much older but more importantly - we are all on the same plane. The atmosphere was fantastic so I joined. So every Thursday morning I travel down river to Lympstone and re-connect to another me. 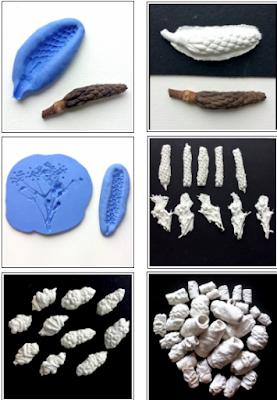 Travelling around so much was the main reason why I found myself devising an alternative method to porcelain by using a fine papier-mache paste/clay that I could harden with resin - no kiln required.
But true porcelain is a different world and now I have access to a small kiln I am making pieces with a view to creating a new collection next Spring.
Posted by Hilary Bravo at Thursday, December 08, 2016 No comments: